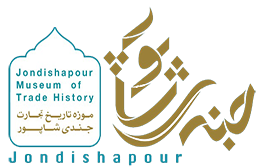 In modern age, the historical periods are categorized based on the rules of royal dynasties and governments. However, the oldest categorization of historical periods was based on the metal age. According to studies, Iranians were pioneer in using the metal age basis for such a classification.  Categorization of various stages of the human history on the basis of the quadruple metals has been mentioned in the Avesta. Four metals namely gold, silver, steel and an unknown alloy of iron was the foundation for categorization of historical periods. This tradition emerged in Buddhism later and found its way into ancient Greece, too. It was transferred to Babylon where scientists used this classification to identify relationship between planets and metals. They used astrology and astronomy to study effects of planet movements on the humanitarian history.